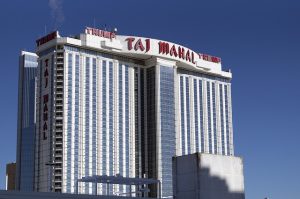 Billionaire Donald Trump has kept himself in the limelight throughout his career. He started out working for his father’s company in real estate then quickly rose to fame as a casino mogul when he purchased the Taj Mahal and several other Atlantic City casinos. His notoriety spread when he branched out into reality television, and now he’s even testing his skills in politics.

Not everything has gone perfectly in Trump’s career, however, as he has several bankruptcies under his belt. He shows no embarrassment towards his financial history, and even brags about how well his companies have fared through the bankruptcy process. During a Republican presidential debate, he stated, “I have used the laws of this country…the [bankruptcy] chapter laws, to do a great job for my company, for my employees, for my family.”

Trump has never filed for personal bankruptcy, but he has used Chapter 11 bankruptcy to restructure his businesses four times. The first bankruptcy was probably the most personally detrimental one that Trump has had to file. In 1991 his Trump Taj Mahal Casino went under. In order to fund the restructuring, Trump had to give up a yacht, his Trump Shuttle airline, and half of his ownership stake in the Taj Mahal Casino. The largest creditor at the time was Carl Icahn, who held $400 million in bonds.

Less than a year later, in 1992, Trump was back in the bankruptcy court for Trump Castle Associates, a company that oversaw several of his casinos. This bankruptcy included the Trump Plaza Hotel in New York, the Trump Plaza Hotel and Casino in Atlantic City, and the Trump Castle Casino Resort. During the filing, Trump gave up half of his interest in the New York hotel, but retained his control over the other locations.

After a lengthy break, Trump returned to the bankruptcy court in 2004 for his Trump Hotel and Casino Resorts. This included a restructuring for several of his Atlantic City casinos and a riverboat resort in Indiana. During the proceedings, the company shed $500 million in debt and Trump turned over a sizeable amount of the company to bond holders. However, Trump remained the majority shareholder to stay in control.

Trump’s most recent bankruptcy occurred in 2009 for Trump Entertainment Resorts after the company missed a bond payment of $53.1 million. This marked the end of Trump’s reign as an Atlantic City casino owner. He resigned from the board and gave up his stake in the company, though his name remained on some of the casinos.

In 2014, the Trump Taj Mahal and Trump Plaza filed for bankruptcy once again. Trump responded by suing to have his name removed in order to solidify the fact that he no longer had a connection to the failing casinos. Trump stated during the debate that he’s glad he got out of the Atlantic City casino business when he did, “I had the good sense, and I’ve gotten a lot of credit in the financial pages, seven years ago I left Atlantic City before it totally cratered.”

Trump’s departure from that business hasn’t seemed to hurt him as he developed his career in different ways, and his many visits to bankruptcy court didn’t hold him back at all. No matter what your opinion on Trump as a person, it’s hard not to admire his ability to move forward after experiencing huge setbacks. He’s a good example of how filing for Chapter 11 bankruptcy doesn’t mean the end of your career.