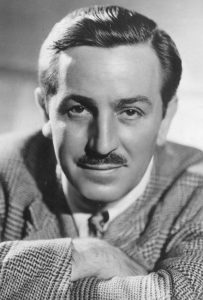 The Disney brand has been a household name around the world for decades, but did you know that even the illustrious Walt Disney had a rocky financial start? Here is the Walt Disney bankruptcy story.

In 1922, Walt Disney incorporated his “Laugh-O-Gram” film studio with the intention of producing animated fairy tales. He found a financial backer from New York and began to assemble a team of skilled animators. Amusingly, the studio had a rodent infestation, and one particular mouse had enough personality to earn the name “Mickey” and inspire the creation of the famed mouse character.

Unfortunately, the backing firm went broke. This meant that Disney was no longer able to pay his employees or his debts, and the company filed for bankruptcy. Disney then struggled to find the money to buy a bus ticket to Hollywood, where he would make a new company and name it after himself. Lucky for him, his new company worked out, with a little help from Mickey.

Even with Mickey’s aid, this wasn’t the end of Disney’s financial struggles. He came to the brink of bankruptcy once again prior to the release of Snow White and the Seven Dwarfs. In 1937, in the middle of the production of the film, Disney was forced to approach a bank for a loan to complete his work. This loan allowed Disney to be able to pay his staff and complete the film.

These days it can seem like “Disney” is just the name of a colossal corporation that puts out an unending supply of movies, shows, and merchandise. It’s important to take a moment and look at the company’s past and see that its founder was just as human as any of us.