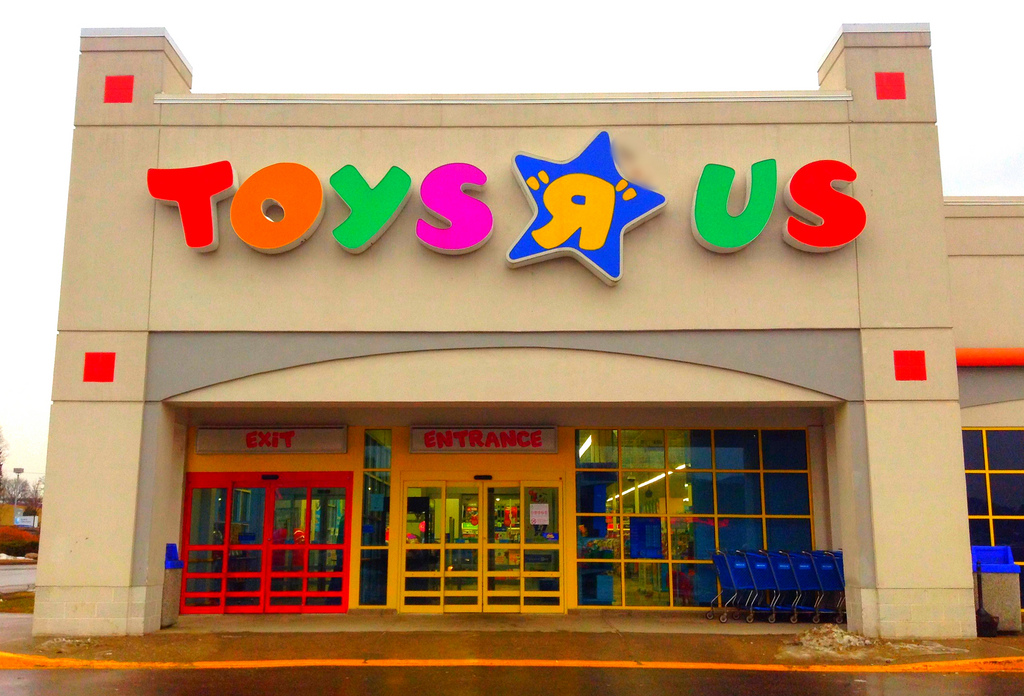 With the ever-growing popularity of online shopping, it is a wonder that so many brick and mortar stores are still up and running. The days of running out to the store to grab the latest and greatest item are almost completely a thing of the past, and many retailers are feeling the strain. Now another kid’s retailer has taken a hit with the recent Toys R Us bankruptcy.

Toys R Us announced that it filed for Chapter 11 bankruptcy protection on September 18th, 2017. This filing will help the toy retailer relieve itself of debt left over from the $6.6 billion acquisition by Bain Capital Partners back in 2005. At the time, that deal was valued at $6.6 billion. Since the acquisition, the toy giant has accumulated $4.9 billion in debt with $400 million having interest payments due in 2018 and a total of $1.7 billion that is due in 2019.

It seems that the acquisition of Toys R Us had more to do with the value of the real estate. The deal came a year after K-Mart and Sears merged based on the idea that combining the real estate value of both stores would help to strengthen both.

Toys R Us now joins Payless ShoeSource and Gymboree, which are among the retailers that have also filed for bankruptcy over the past two years. This bankruptcy protection filing comes after other private equity-backed retailers closed up some of their locations earlier this year.

Toys R Us currently has 1,600 stores open around the world (including Babies R Us locations). The stores will continue to operate as usual, but the company's operations outside of the US and Canada are not a part of these protection proceedings. What will happen with these locations remains to be seen. However, the company did say that it also intends to seek protection in parallel proceedings for Canada as well.

The company also said that it has already received a commitment from some lenders for a total of over $3 billion in debtor-in-possession financing. This is still subject to court approval, but Toys R Us “is expected to immediately improve the Company's financial health and support its ongoing operations during the court-supervised process.”

If this lender help goes through, where does that leave the company? It will focus on restructuring its debt, allowing the financial flexibility to continue a turnaround. These initiatives will include improving its website and revamping the Babies R Us business. It plans to put a bigger focus on items that are less likely than diapers and blankets to be sold on Amazon, like cribs.

The Toys R Us bankruptcy protection also allows the retailer the ability to manage the upcoming holiday season and give some clear long-term plans to the vendors like Hasbro and Mattel.

“Today marks the dawn of a new era at Toys “R” Us, where we expect that the financial constraints that have held us back will be addressed in a lasting and effective way,” CEO Dave Brandon stated. He also went on to say that, “We are confident that these are the right steps to ensure that the iconic Toys'R'Us and Babies'R'Us brands live on for many generations.”

We have seen over the past year or two that many retailers are getting out from under the real estate footprint and finding that the fast-growing market is online. Relying completely on brick and mortar stores is out of sync with the everyday shopper, as fewer and fewer people head into the mall and instead log in to the store. You can read more about this “Retail Apocalypse” on Dan Higson’s blog here.